Transform your lawn into a winter wonderland with these Micro LED Candy Cane Lights from Christow. Each set includes 4 lights which look like candy canes and are illuminated by vibrant micro LEDs. Choose from warm white or multi-coloured LEDs to create your dream display.

Each cane measures 56cm tall and is illuminated by 30 micro LEDs (120 micro LEDs across the entire set) which emit a brighter glow than normal LEDs to stand out beautifully from a distance.

The micro LEDs are attached to thin silver wires which are tightly wrapped around the canes. The wires are less visible than the wires found on standard LEDs for a more attractive finish.

The canes are made from metal and are coloured white to reflect the light from the LEDs. Each cane has a pre-attached 2 prong ground stake to easily pop into pots, paths, and borders.

Looking to create a dazzling light display? Press the button on the transformer plug to filter through 8 flash effects, including slow fade and twinkle. There’s also a normal static function.

The lights are powered by a UK BS IP44 plug which is suitable for plugging into an indoor socket. A 5-metre cable allows you to easily plug them indoors when displaying them outside your home.

Each light is linked to the next by a 50cm cable to cover an area measuring 1.5m long (50cm from the first light to the second, 50cm from second to third, and 50cm from third to fourth).

Skip to the end of the images gallery 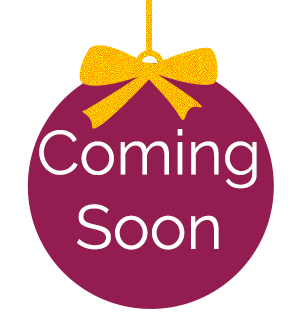 Transform your lawn into a winter wonderland with our Large Candy Cane Lights With Micro LEDs. Each set includes 4 lights which are shaped like candy canes and measure 56cm tall (excluding stakes). The candy canes come with a choice of warm white or multi-colour LEDs.

Each cane is illuminated by 30 micro LEDs which glow more intensely than normal LEDs to stand out spectacularly from a distance. The LEDs have thin silver wires which are tightly wrapped around the frame of the canes are less intrusive than the thick wires found on normal LEDs.

Each cane is made from metal and coloured white for a stylish, contemporary look. The white finish also reflects the light from the LEDs to create a striking silhouette. Each cane has a pre-attached 2 prong ground stake which is suitable for inserting into soft ground, such as a soil.

Press the button on the transformer plug to filter through 8 flash effects, including a chasing effect which makes the bulbs light up one after the other like they’re chasing each other. Other effects include twinkle, slow glow, and a static function if you don’t want the lights to flash.